With My Shadow Sightseeing in Athens…

I entered the city of dreams and knowledge; early in the morning when the entire city was sleeping in the lap of 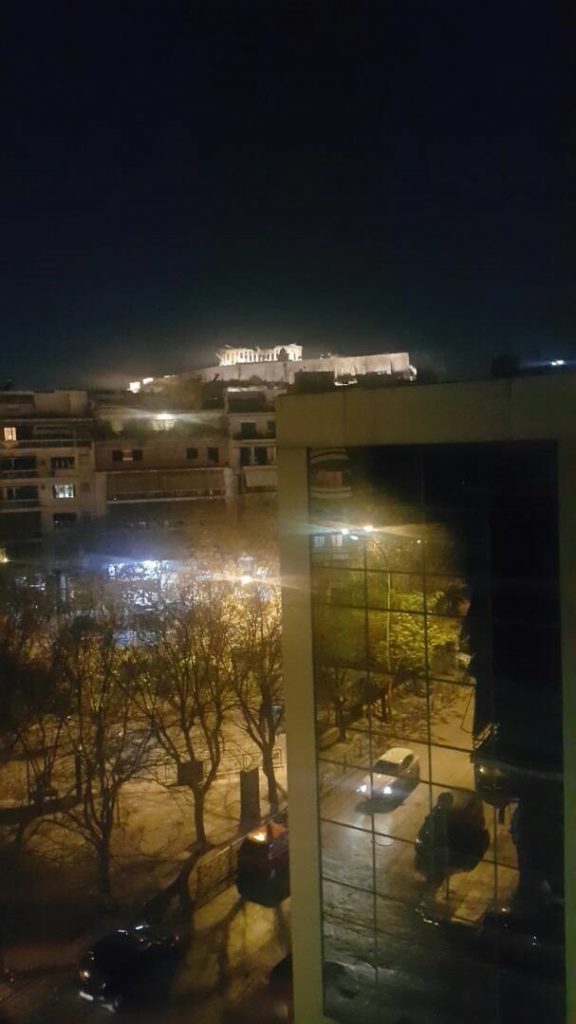 Acropolis with the golden lights of ancient landmark spreading like the flood of love on the roof tops of peaceful Athens. The silence at dawn is the best time to wake up the worldly and materialistic mind of a person like me. The shadow of love came right outside the exit of Airport and I was no lonelier as I’m destined to be.

With the shadow guiding me, the whole city started revealing itself – unveiled to my blind sight. With this newly attained vision, my eyes began to witness the splendor of Athens at the falling night and emerging dawn of that day. Athens – the land of prophets, unknown to mankind, the cradle turned to heaven of light is all across me, all around me.

The city with its serene fragrance of spirituality and mystic existence opened like a title of a majestic film about the universe. I felt that the gods of all religions have stared revealing secrets of life just as the azan in the mosques of Istanbul wakes up the sleepy creatures. The deserted roads all appeared to be shining in the darkness of my shadow’s light.

All the modern world was around me, with me, the roads, the signals, even the bus I was traveling in, to reach the place of my residence. Every gadget of modern world could be found there, from ticket machines to Google maps but I was not interested in the modern world. I was lost somewhere in the BC era, and if you are not lost in the streets of Athens with all those glorious philosophers, mathematicians, physicists and the astronomers then may be you shouldn’t be there.

The bus seemed to be flying in real too, but for me it was flying in my dreams’ land, in lands of my fantasy, in lands of my real self, in lands of mystery and knowledge, in lands of divine curiosity of philosophers, in lands of search and truth. For me, the bus was like a spaceship on the journey of stars, like a magic carpet floating in heavens beyond stars, in space beyond space, touching finite infinity. 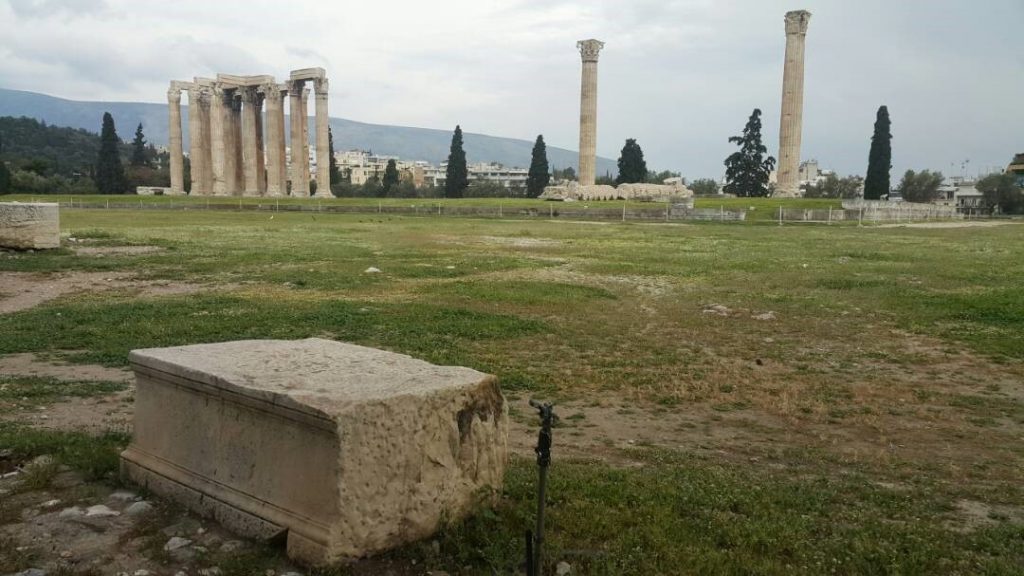 I felt the bus was being driven by an unseen pilot – a magician of paradise, an angel arranged by the gods of Athens for a lost traveler like me to witness the majestic sights of the city. My shadow, my companion of the centuries, my imaginary associate who brought me on this trip to one of the oldest and the most learned city of the universe – guiding me about the signs and paths of stars.

Like all, we are kids playing in the park on a merry-go-round and park is all but our universe. Bus was not going anywhere and I never wanted the bus to go somewhere but still I was in boundaries of time and space. I was not as lucky as earth or I’m the one encircling too since millions of years? I’m the human. But the bus now stopped and I remember how I have stepped out of the moving bus onto the moving land of Athens.

The bus had stopped at a few places, souls being dropped from time to time at their predetermined destinations. Some people stepping down the stream of time, entering into new dimensions of the universe. I stepped out of the bus and felt stars to be walking along with me towards the flat I was staying in, in the vicinity of Acropolis. The footpaths were broad and clean. I felt music in the air, a light early morning breeze has started touching the pores of leaves. The bells of paradise started ringing as goddesses of Athens must have woken up by now and being welcomed by the nature. All the arches built by the lords of the glorious past remained unseen in dark but I felt them in my soul.

Streets around Acropolis going up and down hill – it was same as journey to heavens passing through the valleys of love. Those who want the love to be a plain track of soothing grass should be in love to see that it can’t be plain, and yet also be called love. 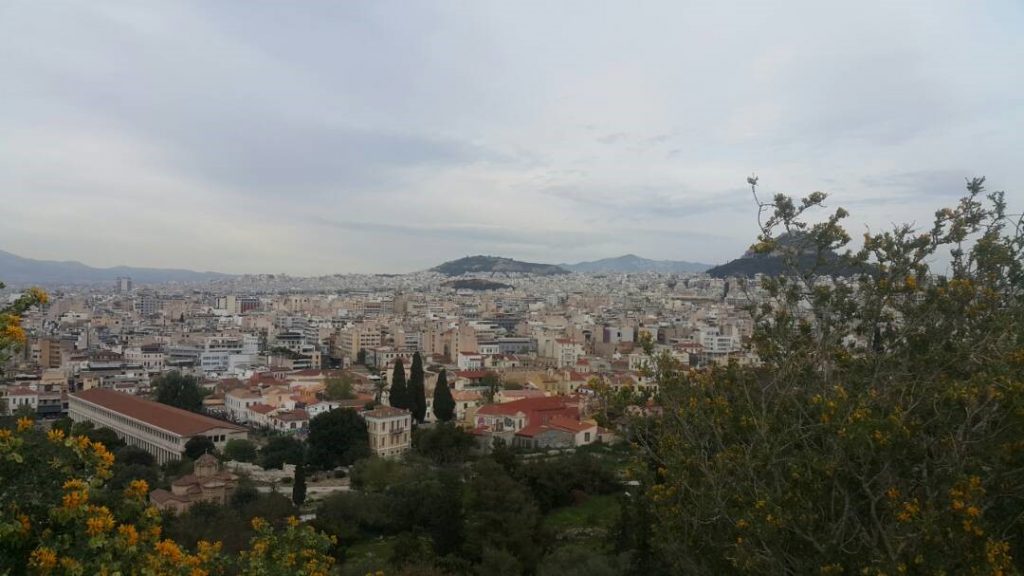 right under the shades of Acropolis. Walking on the footpaths along with my thoughts about the greatest philosophers of history was something like holding hands of Plato and Aristotle. The meanings of the words and meanings of all subjectivity surrounding the mankind.

Will I get to learn a bit about right and wrong, about good and bad, about love and justice, will all those revelations and intuitions come to me? After all, the land so fertile for the prophets of knowledge chosen by the lords of the universe has allowed me to step in.

The sun was on its way to illuminate the earth and a few of its rays had already broken the web of darkness when I have unlocked the door of my flat and rushed to see the terrace. What a beautiful place to live and ponder upon the meanings of life! The lights of Acropolis reaching the terrace of the flat. The myth and the mystery of my stay in the flat was my shadow and my imaginary angel with me, a dream so real that can’t be considered as shadow – if one can live in my intensity of fantasy.

It was almost the time of dawn and in my excitement of reaching to the land of Socrates and Plato, my own existence seemed forgettable. My swinging mind reminded me after a while that i’m not an angel or a devil but a human being with the physical and mental compulsion to sleep. I’m not sure if that huge portrait of Socrates and Plato is still mounted in Philosophy department of University of Punjab, which was always an inspiration for me, from my very first day at the University and during my quest to learn about Philosophy. I’m an inferior student of Philosophy with limited knowledge and understanding but harbor a keen interest in the all philosophical schools of thought. I felt my love for philosophy rejuvenated, after stepping in this haven of Philosophers.

The freedom of thoughts and expression of self, is something mankind is striving to achieve since long. The historical sacrifice of many learned people, for freedom of expression has strengthened the movement for freedom and Socrates was the most prime example – the majestic martyr of freedom. The same aura of freedom, I could also feel in the atmosphere of Athens.

My love for Philosophy had become dormant after the completion of my masters, remaining passively active, unconsciously during my struggle to climb up the ladder of my career and business. As a humble businessman, I feel the cemented layers of Philosophy that engulf my mind keep me safe from cannibalistic materialism. However, the business makes me ponder upon the economics and consumerism of the 21st century.

The next morning, in the streets of Athens, I started thinking about how the consumer is willing to buy and a seller 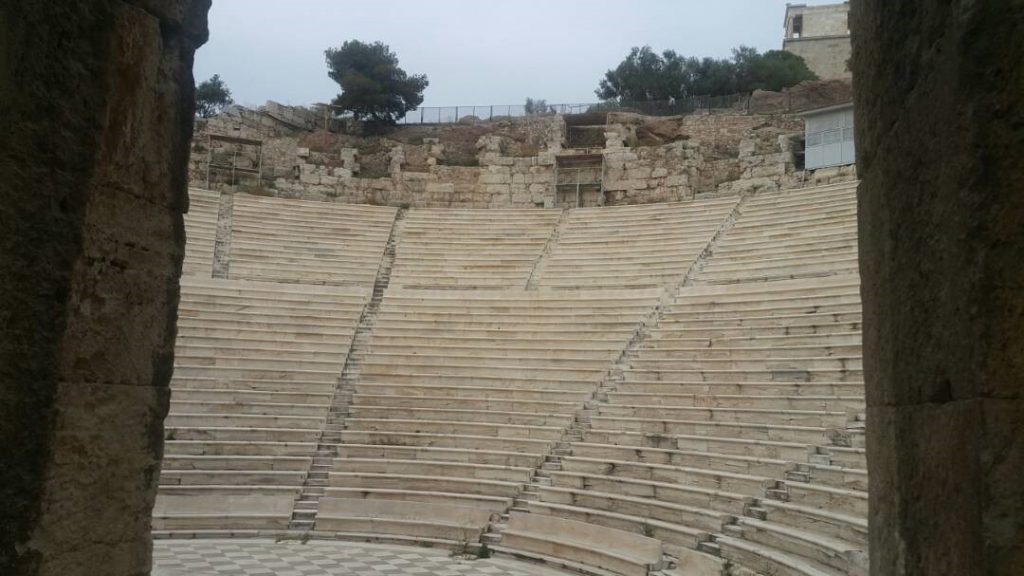 is equipped to sell. This is what the market needs. A consumer with the need to buy and seller with the commodities needed by the consumer. This is what I felt about the economy of Greece, the economies of the world can go up and down, markets may have recessions but an alive market is an inevitable indication of prosperity, to come soon.

All across the globe, wherever we go people are selling and buying, the banks, the ATMs, the grocery stores, the cafes, the fruit shops, clothing, and Athens was no different. The world itself seems to be a huge market where everyone is selling something and everyone is buying something. When we are tired of selling goods and commodities, then we start selling ourselves to others. Some time our personalities are sold at higher price and sometimes the valued selves are sold at so low a cost.

It’s a market – what we call earth, from paradise to fortune and dogmas to beliefs, everything is on sale and there is always a buyer of everything.

In the most learned and advanced markets, a smart buyer with innocent desires and conscious wishes seems to run after dreams – chasing their dreams through fake commodities. We, as humans, buy gadgets with the wish to buy happiness. Not realizing that we are bringing into our homes the tools to avoid the natural world of love, passion, peace and serenity.

Besides this philosophical – comparatively conservative and idealistic views – about a marketplace, the city of Athens was full of life. Young and old, rich and poor, tourists and natives – all running behind the same life. When you see them running, you also see an enthusiasm so visible, the energy glorified with life smiling on their faces.

In the market passing through the ruins of the lost empires, comprised of castles and schools with signs of the brutality of time. The time that did not allow the strongest of kings to survive, the time that has buried the most beautiful queens.

I saw a madman, on the street talking on his toy phone. He was telling everyone about some woman – he kept asking her to wake up as they were late for court. He was telling her that grass is shining with dew and each ray of sunlight is making the petals glitter like gold. He was telling her in Greek and I keenly listened on while my host translated the whole story of the madman’s sermon to me. Later, he made some gestures of anger and abused the whole world of technology in his own dialect – hanging up that call as if he was angry with his lady on the other side of the phone.

He looked like a time traveler, someone who was living in these streets of Athens since thousands of years. I imagined that he must have been roaming in the streets in those times too – asking people about the meaning of this life. I imagine him asking about justice and wisdom, about rules of life and the values of this society. Maybe the madman made all these rules we follow and narrated all the conventions – chalking down all the traditions for the mankind to follow – from time to time. I imagined him to have had intuitions or revelations about what we should and should not do.

The markets of Athens were full of people and full of aesthetically made goods to excite the travelers. The culture and civilization – beamed out of everything – from the architecture of the city, the streets and houses, to the crafts and dresses and faces of the natives. The culture has its roots which stems out like bushes and flowers and can be seen only by the vigilant eyes. 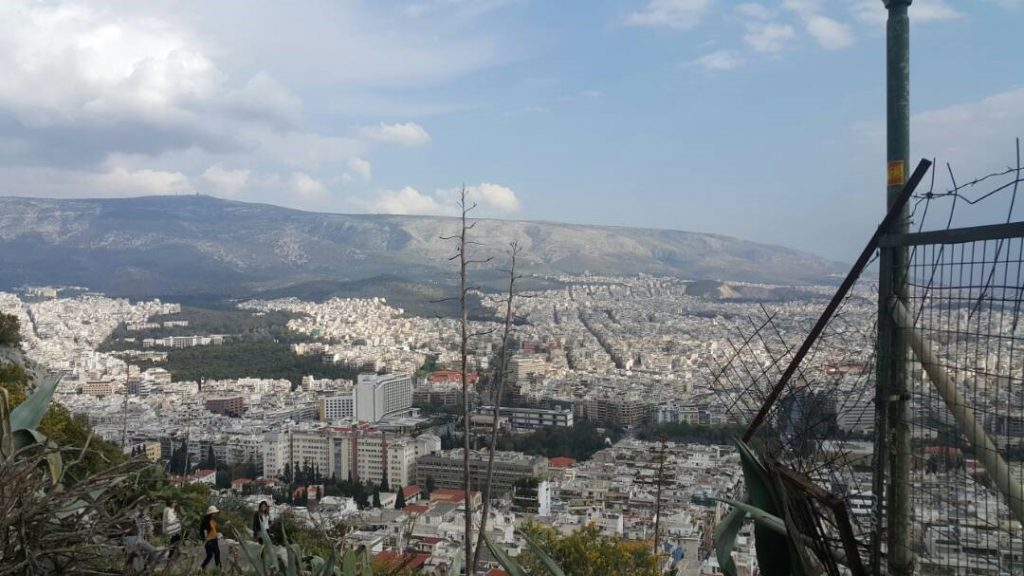 Even if we don’t see it in flowers, we can’t ignore or suppress its fragrance. My nostrils have enjoyed the fragrance of Athens and it was all around – in the dust and grass, even in the stones and mountains, and of course, from the great ancient monuments.