Aliens are not enemies of the world 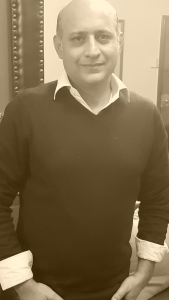 We want to make the earth a better place and a peaceful planet for our children. This is the most popular slogan of any conference related to the safety ,serinity and integrity of our home land . At the same time the human race is still living in the age tribes and warlords . The only difference is that the tribes are being called countries and safety of one country from the other is same as it was 1000 of years ago. This truth of renaming the word tribe is not an issue ,as it is an established name now based on land division and occupation. The issue is the misunderstanding of human mind and nature and continued dissimination of this misconception that we are trying to make the world a peaceful place for the next generation. For the sake of self defense and safety from other tribes human beings have just moderated themselves ,the arrow is no more a weapon but a bigger size nuclear bomb is the new shape of arrow . The forts are not being built anymore but the walls and wired borders are intact to avoid intruders. The funny thing about it is the intruders generally are not aliens but people from other tribes .

All the leaves are falling down